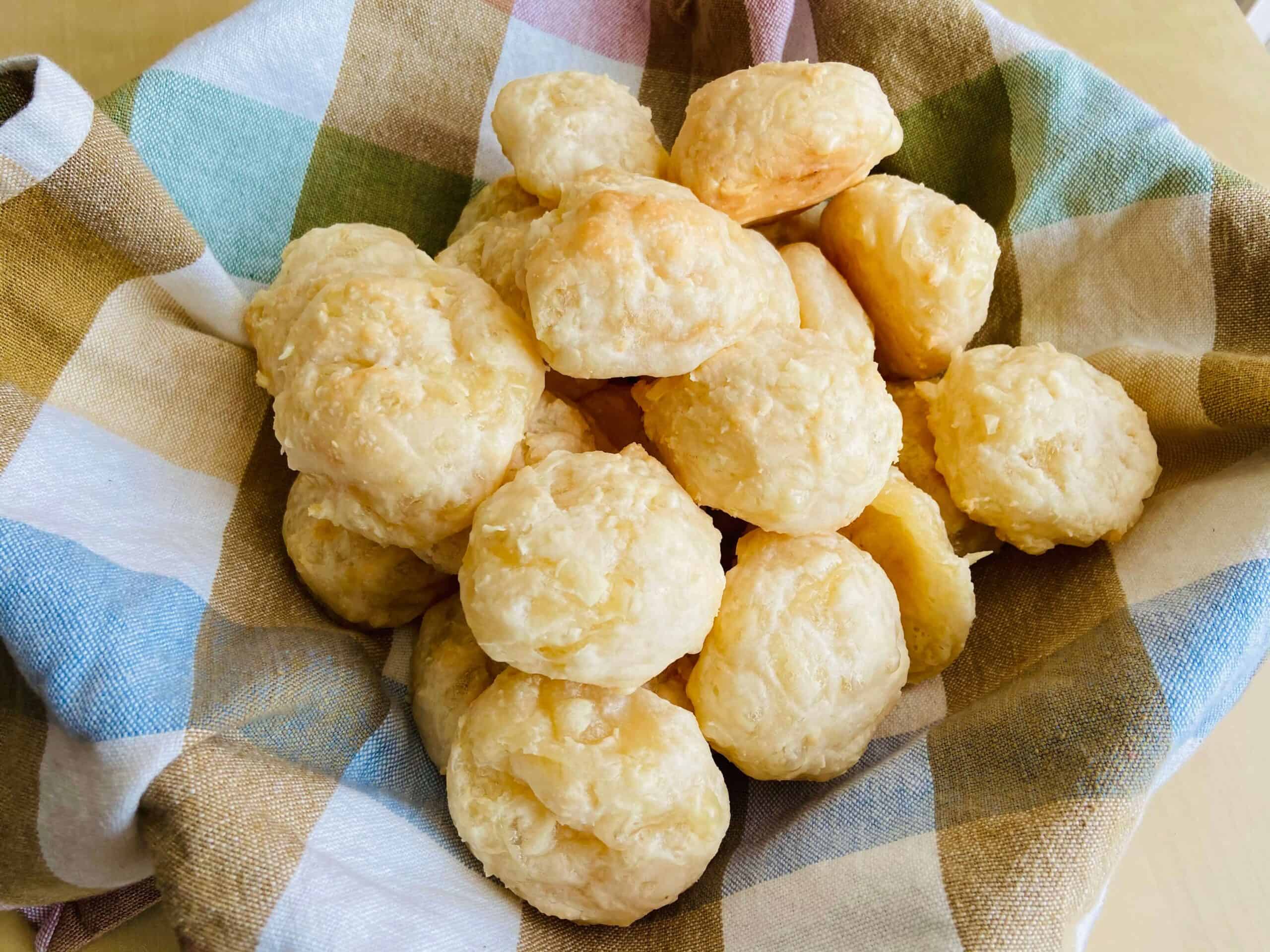 This vegan pao de queijo is super easy to whip up and has only a handful of ingredients! You can decide to make it and have it on the table 40 minutes later with minimal effort.

If you’ve never had this Brazillian cheese bread (vegan, of course), you are missing out. It’s gooey and delicious and the non vegan version is everywhere in Brazil. I’ve tested my vegan version for authenticity on as many Brazillians as I could find, including my husband, by my third try they said it was spot on!

This vegan cheese bread is also kid approved, my four year old inhales them, and they are gluten free! Whip up this for a vegan brunch option, enjoy them as a great on the go snack, or add them into your packed lunches! Anytime you eat it, you are sure to love it, it’s one of my favorite Brazillian vegan recipes.

What is Pao de Queijo?

Pao de queijo is an extremely popular, traditional Brazillian food. It literally translates to cheese bread although it isn’t made with what anglo saxon countries would consider traditional bread ingredients. Instead it is based on tapioca flour which is actually what produced the strechy texture that is distinct to pao de queijo.

You only need three ingredients to make vegan pao de queijo, four if you include the salt. What you’ll need is:

My favorite brand is Violife. You can find it in tons of supermarkets and even walmarts now. You can check on their site to find a location near you that sells it. I buy the mozzarella blocks and grate it myself.

I’ve tried a few cream cheeses in this recipe and the conclusion I’ve come to is that Tofutti is the best option. If you want to try another one you can, but it needs a thick consistency like Tofutti brand. If it’s too runny you’ll have a very hard time turning it into balls.

To make the vegan cheese bread, just mix together all the ingredients in a large bowl. I like to get in there with my hands, it’s much more effective but you can use a wooden spoon if you like.

Mix until well combined. It will turn into a somewhat crumbly dough, but you should be able to form balls out of it when you roll groups of it in your hands.

Roll it into balls and lay them out on baking sheets with enough room to rise and spread a little. Bake in a preheated oven for 30 minutes. It will only get a very light browning.

Enjoy straight out of the oven or wait for it to cool before eating. It will firm a little as it cools.

Don’t Forget to Pin This Recipe For Later!

You may also enjoy

The recipe worked great, thank you for the instructions.